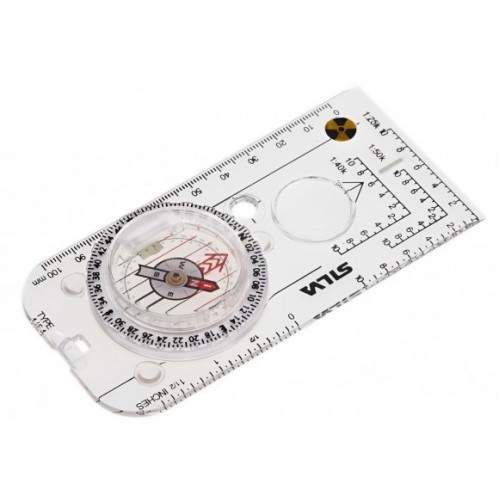 Probably the most resourceful compass in the world for artillery; target acquisition and command posts.

The Expedition 54 is a unique compass featuring both an optical precision sighting system and a SILVA 1-2-3 SYSTEM compass in the same unit, giving unbeatable precision and versatility in the field. Bearings can be taken with accuracy to within half a degree. 6400 mils on the graduation ring and 6400 mils and 360 degrees on the sighting scale. With beta light i.e. will give continuous light up to 7.5 years.

Used by Special Forces,  Military operators, Emergency Services, hunters & outdoors enthusiasts from around the globe, Silva navaigation equipment has been the benchmark for precision navigation equipment.

GERBER ORDERThe Order™ continues Gerber’s® history of American-made tactical knives. The handles are made of glass-filled nylon and over-moulded with a rubberized diamond texture, providing a secu..

SEA TO SUMMIT GRASSHOPPER GAITERS The Sea to Summit Grasshopper Gaiter delivers exceptional value for an entry level or occasional use gaiter. Sea To Summit deliver plenty of features and..

LEATHERMAN SIGNAL The Signal is designed & manufactured by world-famous Leatherman knife & tool company in Portland, Oregon USA.This multi-tool readies you for the unexpected ..